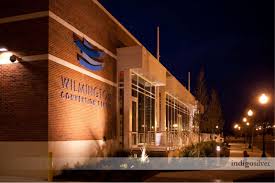 The Wilmington Convention Center (WCC) is owned by the City of Wilmington and opened for business in November 2010. The City started development of this project in the mid 2000’s as an economic driver to attract conventions and events that would result in the creation of new jobs and businesses in and around Wilmington and New Hanover County.

The WCC is managed by SMG, the world leader in providing venue management, marketing and operation of publicly or municipally owned assembly facilities. SMG has been on the ground with WCC project since 2005, consulting the City of Wilmington and design teams on facility functionality and efficiencies. SMG’s Food & Beverage Division exclusively manages the food and beverage operation at the WCC titled: SAVOR…Wilmington. WCC’s dedicated staff works closely with the hospitality industry, Wilmington and Beaches Convention & Visitors Bureau, vendors/suppliers, and businesses to help facilitate events and deliver the best environment for planners and guests.